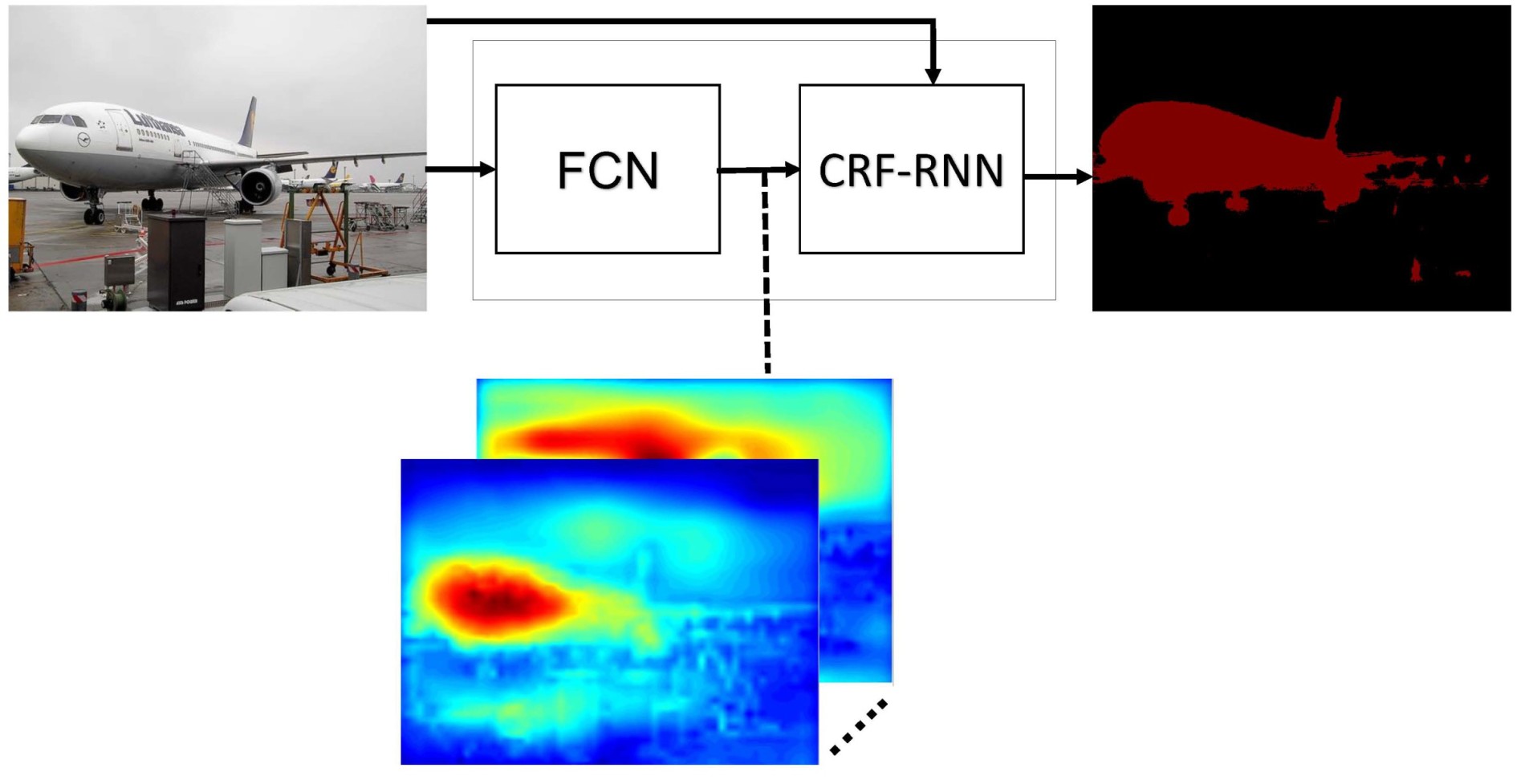 Pixel-level labelling tasks, such as semantic segmentation and depth estimation from single RGB image, play a central role in image understanding. Recent approaches have attempted to harness the capabilities of deep learning techniques for image recognition to tackle pixel-level labelling tasks. To solve this problem, we introduce a new form of convolutional neural network, called CRF-RNN, which expresses a Conditional Random Field (CRF) as a Recurrent Neural Network (RNN). Our short network can be plugged in as a part of a deep Convolutional Neural Network (CNN) to obtain an end-to-end system that has desirable properties of both CNNs and CRFs. Importantly, our system fully integrates CRF modelling with CNNs, making it possible to train the whole system end-to-end with the usual backpropagation algorithm. We apply this framework to the problem of semantic image segmentation, obtaining the state-of-the-art results without the need of introducing any post-processing method for object delineation.